Are Subsidies the Root Cause?

12 December 2022
The ATNI Socials are proud to introduce our first guest blogger, Alexia Howard, senior research analyst at Alliance Bernstein. Alexia has taken up the challenge of finding out how we got in this mess and is focusing on the historical roll of subsidies in shaping today’s food systems.

The ATNI Socials Blog is a series of personal commentaries to stimulate discussion on how to transform markets so that they provide more nutritious, affordable and sustainable foods. Our hope is to trigger understanding around the causes and the cures for access to nutrition.

I was at a speech by a former U.S. Secretary of Agriculture in New York City when the penny dropped for me on why the American food system seems to have boiled itself down to the lowest form of cheap calories. At one point, he said that one of the most surprising features of the U.S. agricultural system is that farmers across the country had been actively discouraged from planting fruits and vegetables for most of the past century. As a financial analyst who has been studying the packaged food sector for 17 years, this was an epiphany.

This shocking revelation was based on the design of the farm subsidy system that has been in place since the Dust Bowl era of the 1930s. Today, only 4% of American agricultural land is used to produce fruit and vegetables, compared to a whopping 88% for corn, soybeans, wheat and hay. This was another of those facts that left me curious to learn more. 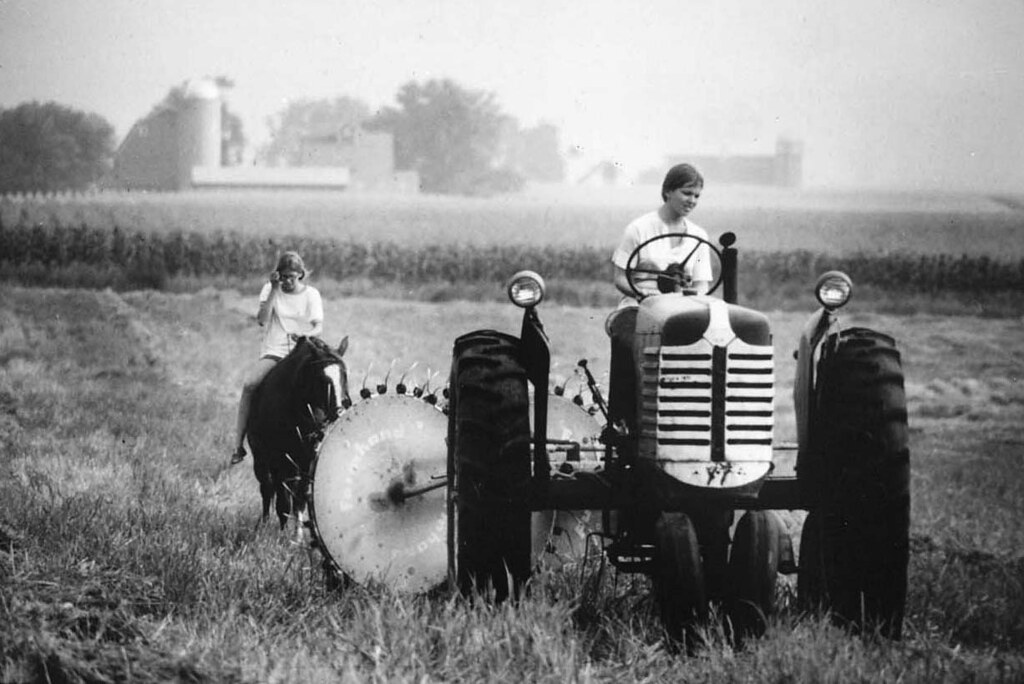 Initially, the 1933 Agricultural Adjustment Act allowed farmers to receive payments for not growing crops on certain parts of their land. The idea was that by controlling the supply of basic crops like corn and wheat, their prices would remain high and help farmers to pull through the Dust Bowl era financially. The system focused on these basic crops since they were the most common sources of income in regions of the country most badly affected by the Dust Bowl. Politicians also felt that it would be too complex to introduce such subsidy systems to specialty crops like fruits and vegetables.

Such restrictive planting practices on these widespread crops were eventually called out as unlawful and protectionist, often by the governments of the countries to which American farmers exported. By 1938, a series of subsidy programs rather than outright planting restrictions began to emerge. Direct payments subsidized farmers by giving them a fixed number of dollars based on how much land they had previously planted with certain crops, particularly the big commodity crops like corn, wheat and soybeans. But this created a lot of inflexibility, since payments depended upon farmers planting similar crops each year. And planting the same crops each year diminishes the quality of the soil, whereas crop rotation allows farmers to manage soil composition and quality. So the payment system effectively began to deplete the quality of one of our nation’s greatest natural resources: agricultural land.

In addition to these direct payments, subsidized insurance for basic crops took much of the risk out of planting them. If adverse weather or disease affected the crop, farmers would get some minimum payment regardless. Since these direct payments and subsidized crop insurance programs were only available for the big commodity crops, with no such system in place for fruits and vegetables, it created a huge incentive for farmers to dedicate much more of their land to these basic crops than they would have had the government not started meddling.

Just to put some numbers around the magnitude of this payment discrepancy, more than half of the $292 billion in overall farm subsidies paid out to farmers between 1995 and 2012 focused on the big three crops: corn, wheat and soybeans. By contrast, apple farmers received a paltry $261 million in subsidies over the same 17-year period, or less than 0.1% of the payments received by commodity crop farmers.

The Food, Agriculture, Conservation and Trade (FACT) Act, more commonly known as the 1990 Farm Bill, finally starting to fix the situation by allowing farmers to plant up to 25% of their base acreage with alternate crops without losing their direct payment subsidies. But unfathomably, fruits and vegetables were excluded from this opportunity.

The problem was that the fruit and vegetable farmers on the West Coast and in the Northeast were understandably worried that a rapid increase in production of fruits and vegetables across the country would drive prices down. And so perversely, a provision was included in the Farm Bill that explicitly prevented farmers in the Midwest from dedicating any more acreage than they already had (which was essentially nothing) to growing fruits and vegetables. If they did, they’d risk losing their subsidy payments across all their commodity crops — quite the disincentive. Result: higher prices for fresh produce and lower prices for corn, wheat and soybeans. And this is just one of the many reasons that the American diet seems to have become so dysfunctional over the past several decades.

Today the U.S. boasts the highest per capita consumption of meat on the planet, partly because of the relatively low cost of those amber waves of grain that are used in animal feed. Americans also consume vast quantities of corn in the form of derivatives like high fructose corn syrup, maltodextrin, soy lecithin (to name but a few) that are used in all manner of heavily processed foods.

The good news is that the 2014 Farm Bill finally allowed farmers across the country to use up to 15% of their land for specialty crops like fruits and veggies without losing benefits. The bad news is that total government spending on specialty crops was still expected to average only $773 million annually through 2018, which is just a drop in the ocean compared to the support still available for basic crops, so much of the financial distortion is still there, even though farmers are now no longer explicitly prevented from growing the good stuff.

Going forward, it’s encouraging that on September 28, 2022, the White House held the first conference on Health, Hunger and Nutrition in over 50 years (the last time was during the Nixon era with a 3 day program that expanded the Food Stamp  and School Lunch Programs, authorized the Supplemental Feeding Program for Women Infants and Children (WIC) that is still with us today and made improvements to nutrition labeling and ingredient labeling on packaged foods.  Clearly it remains to be seen what will emerge from this event, but the FDA has already put forward a new and markedly more stringent proposal on the nutrient definition of healthy food.

Unfortunately, overhauling the subsidy system faces the major challenge of resistance by farmers, especially in those all-important swing states when it comes to election time. So no politician worth his or her salt is likely to mess with that.  However, I could well imagine a scenario where the subsidy system is given a proper overhaul that redistributes the design of payments to encourage farmers to plant healthier crops in a more regenerative fashion.

Of course, the other big hurdle here is that it also takes time to shift consumers’ eating behaviors – those palates can take a long time to cleanse if they’ve been weaned on salt and sugar laden foods. And that likely means that a meaningful change will take some time.  But perhaps a concerted effort around consumer education (including more mainstream press coverage of the benefits of healthier and tastier choices), bringing the healthcare system on board (especially primary care doctors) and other measures could get the ball rolling.

And as for the industry itself, certainly investors can play an increasingly active role in asking company leaders what they are doing to improve the nutrition profile of their products, and there are even examples like the so-called “pre-competitive” efforts by several of the beverage giants to reduce calories from beverages across the U.S. by 20% per capita by 2025. Certainly a lot to chew on!

Next up the ATNI Socials are back – seeking to unearth what monocropping has done to our soil and how has that in turn shaped the products on our shelves.