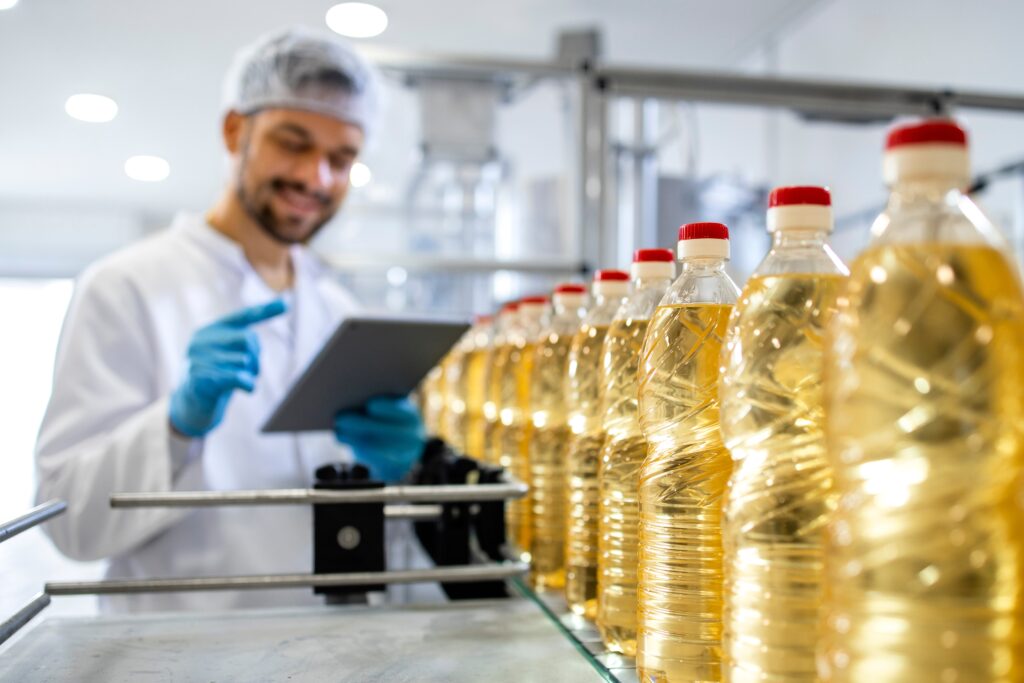 ATNI is developing tools to enhance accountability and investments for food fortification.

ATNI keeps companies accountable for their contribution to fighting malnutrition. Accountability tools help to hold companies responsible for their nutrition performance, build strong business and nutrition stakeholder networks, and generate information for relevant stakeholders. These insights can be used to influence policies, standards and regulations for regulatory bodies, civil society organizations, and donors.

Till 2022 ATNI has already included food fortification in various of its accountability projects:

In the Global Indexes of 2018 and 2021, ATNI assessed whether companies followed internal guidelines such as the WHO/FAO Guidelines on Food Fortification with Micronutrients and CODEX CAC/GL 9-1987.

In 2021, ATNI assessed how it can contribute to fighting micronutrient deficiencies through enhancing its focus on fortification in its existing and future accountability tools and contribute to the Bill & Melinda Gates Foundation’s (BMGF) new large-scale food fortification (LSFF) strategy. A scoping exercise in two emerging markets – India and Nigeria was conducted. The aim was to uncover bottlenecks in existing LSFF value chains and use these findings to influence new ATNI accountability tools that can assess and improve fortification practices.

Research was then conducted to map LSFF in the nutrition context of both India and Nigeria, and ongoing practices and in-county programs. Relevant fortified staple food value chains of focus included– milk, flour, edible oil, double fortified salt (DFS), and rice in India, and flour, edible oil, DFS, sugar, and rice in Nigeria – was carried out. ATNI also mapped some of the main fortified packaged foods which are widely consumed in Nigeria (Bouillon, tomato paste, and noodles). In-country and online consultations with relevant stakeholders, companies, and government bodies, provided information on fortification practices and bottlenecks in the selected value chains and served as a basis to explore the need for an Index.

Key findings of the scoping exercise

Background: India faces the double burden of undernutrition and obesity. Cases of overweight and underweight adults are now almost equal, and the number of micronutrient deficiencies is rising fast. Studies report that more than 35% of Indian children under five are stunted, and at least 50% of women of reproductive age and 40% of children aged 6 to 59 months old are anemic. Major drivers behind these figures include inadequate quality food and a growing consumption of highly processed packaged foods.

Interventions in India, such as mandating the fortification of staple foods to combat micronutrient deficiencies, date back decades. However, 40-60% of fortified food production is not reaching, nor being consumed by the most vulnerable groups.[i] Factors such as supply chain bottlenecks, poor distribution channels, and the COVID-19 pandemic, and a lack of regulations and monitoring around food fortification are all issues.

To select an eligible value chain for developing an accountability tool, a set of criteria were determined when investigating the five staple commodities:

Findings: The wheat flour industry is highly fragmented, with only a small percentage of products fortified and distributed through the social safety net program (SSNP). For rice, PATH International India is exploring the potential of bringing fortified rice products to market. Milk is currently produced in an unorganized sector and around 30% is produced privately, the government is considering mandatory fortification. Double Fortified Salt (DFS) is produced and distributed to SSNP beneficiaries and at present has a limited number of producers. These findings suggest that a tailored accountability tool may not be effective to monitor wheat, rice, milk or DFS at present.

Selected value chain of focus: Companies operating in edible oil are determined to be the most favorable value chain for ATNI to apply a tailored accountability tool. Almost half of all edible oil packaged and two-thirds fortified (the rest is sold loose and not easily traced), reaching 630 million consumers. The industry is structured with 300 large- and medium-sized fortifying companies, whose brands constitute 11% of the edible oil market share.

The main bottlenecks found in the edible oil value chain were:

Background: Nigeria’s population has the greatest number of stunted children in Africa (32%), and vitamin A, iron, iodine, and zinc deficiencies remain the biggest contributors to undernutrition. Women and girls of child-bearing age are among the most vulnerable, with 58% of women suffering from anemia.[i] The greatest risk factors for undernutrition in Nigeria stem from:

Staple food value chains: Mandatory fortification of staple foods in Nigeria began in 1993, with the combining of salt with iodine. Currently, almost 95% of salt is iodized and imported from Brazil or Namibia. The fortification of sugar and edible oil with vitamin A has also since been mandated. So, too, has the fortification of wheat, semolina, and maize flour with multiple micronutrients, such as iron and vitamins – A and B12. More than 95% of flour is industrially produced and mostly consumed in the form of bread and cakes made by local bakers.[iii] There is currently no fortified rice product available on the market.

Existing programs: An accountability tool from TechnoServe – the Micronutrient Fortification Index – is an established mechanism for assessing and improving the fortification practices of companies operating in the studied value chains.

Fortified packaged food: Some packaged processed food (such as bouillon cubes and seasonings, noodles, tomato paste, and bread) are currently fortified voluntarily by the food industry in Nigeria, particularly among large F&B companies. Although there are national and international guidelines and standards for companies to follow at present, there is a lack of harmonization, and adherence is not adequately monitored. As such, discussions and research are being conducted by the government to potentially mandate fortification for additional foods.

The main bottleneck identified include: 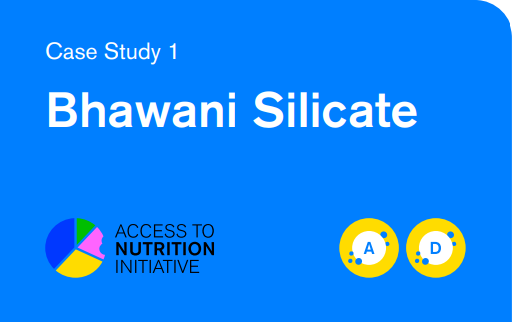 Bhawani Silicate, based in Jaipur, Rajasthan,
was established in 1991 as a Partnership Business
Venture. Bhawani Silicate currently fortifies its mustard
oils with vitamins A and D, with the intent to
help reduce micronutrient deficiencies in priority
populations or groups at risk of malnutrition in
India. F 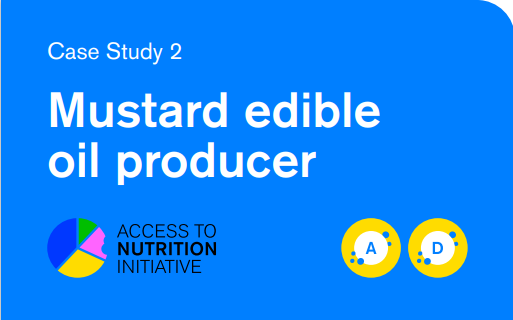 Based in Rajasthan, this small mustard oil
manufacturing company was established around
the 1970s. The company fortifies its oil – sold
across India – with vitamin A and D with the aim
to help reduce micronutrient deficiencies in India’s
population. 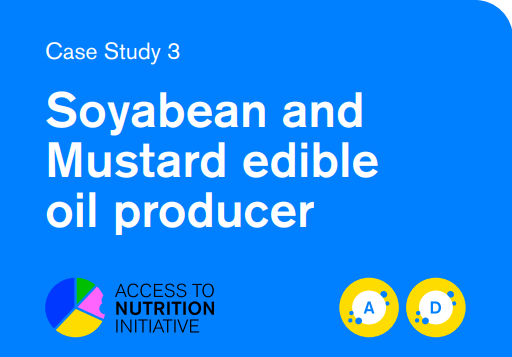 Based in Rajasthan, this company was established
in the1980s. Their fortification journey began in 2017, when staff were approached by the organizations Global Alliance for Improved Nutrition (GAIN) and the
Indian Institute of Health Management Research
(IIHMR), working in the sphere of oil fortification
(among others) 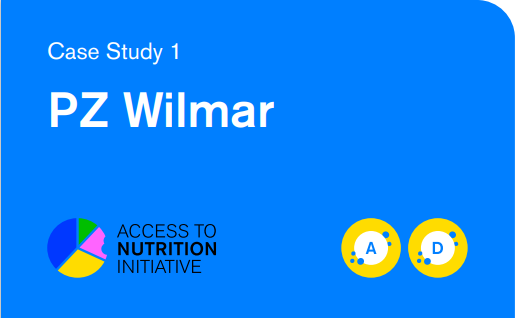 PZ Wilmar was formed in December 2010 as a
a joint venture between PZ Cussons International
and Wilmar International Ltd. With headquarters in
Singapore, PZ Wilmar is the largest palm oil refinery
in Nigeria (over 41% of Nigeria’s market share in
2021),1 processing and packaging up to 1,000
metric tons of crude palm oil per day.

The company recognizes the importance of
healthy living and acknowledges that food plays a
major role. Mindful that a lack of accessibility and
affordability hinders some of Nigeria’s population
in obtaining healthy foods, PZ Wilmar fortifies
its edible oil with vitamins A and D 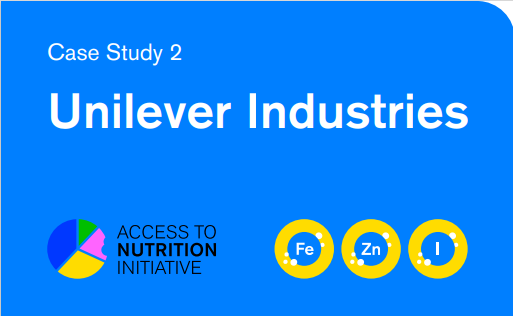 Published in 2017, Unilever’s position on
fortification outlines its commitment to help tackle
micronutrient deficiencies in developed and
emerging markets, by offering fortified foods at
an affordable price. Its explicit commitment states
that ‘by 2022, we’re aiming to provide more than
200 billion servings with a least one of the five key
micronutrients: vitamin A, D, iodine, iron and zinc.’

Unilever is supportive of
fortification and voluntarily fortifies bouillon with iron.
Unilever’s bouillon cubes reach the most vulnerable
groups in Nigeria and, to support affordability and
consumption, cubes are offered at a competitively low
price. In 2021, Knorr and Royco bouillon had 18.8%
of the market share of bouillon in Nigeria, with sales
reaching up to 100 USD million. 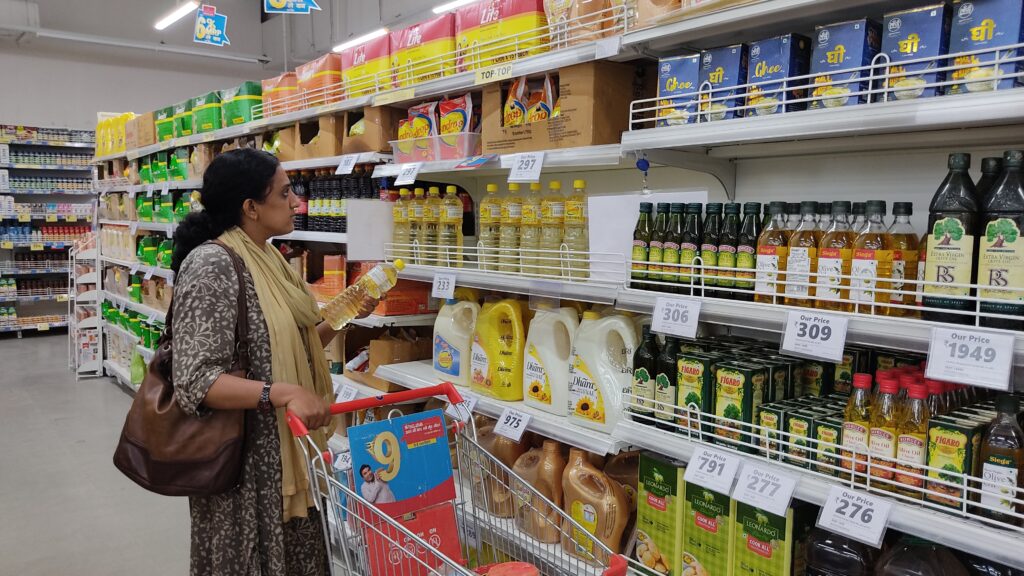 Next Steps for ATNI and Fortification